A trip to Morocco is surely a memorial experience. Under the direction of Jana Pekova of Your Morocco Tour and Youseff, our expert driver, three friends and I visited Morocco this past April. We are four women in our 60s and 70s who descended upon this country, soaking in its many opportunities that shaped us anew. 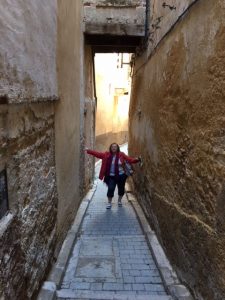 We flew into Madrid and then caught a flight to Casablanca. The sea port of Casablanca, the fourth largest in Africa, stretches out for miles. On a solemn note, the gorgeous mosque of Hassan II welcomes tourists and natives alike. This largest religious monument in the Muslim world outside of Mecca holds something for everyone. Children slide down concrete walls into wading pools, youth try their luck at turning friendships into romances, worshipers wait patiently for the hour of prayer, and tourists crane their necks to catch a peek inside the heavy doors. Close by, sits the pristine city of Rabat. Modern government structures sit close to gardens dating back to the 1100’s.

Words fall short in describing the stunning town of Chefchaouen. Andalusian connections shout forth at every alley turn. How many shades of blue can there be? How many whitewashed houses can one see? How many photos can one take of lounging cats acting like guard dogs to the homes behind them? This town of mazes thrills all with its photo opportunities at every turn.

Next comes Fes, the cultural capital, one of the most complete medieval Islamic cities in the world. Easily, one is transported back in time. The streets are just as they were when they were built in the 8th century. High walls protect the courtyards inside from the midday sun. Tantalizing steam oozes from the many traditional bathhouses (called hammams) to mingle with the smells of tanneries and exotic spices. The traveler finds diversity at every turn on the drive from Fes into the Sahara Desert. Rocky, sun baked plains give way to cedar that, in turn, submit to deep canyons. Then the sand dunes appear.

This marked the middle of our fifteen day tour of Morocco. Following our two night stay at Desert Luxury Camp, we drove over the Atlas Mountains to the Todra Gorge, stopping to bargain for carpets and mingle with shepherds moving their herds through the gorge. We spent time at Alt Ben Haddou, the best preserved Kasbah. This favorite movie lot for Hollywood displays dramatic walls of red earth, silt windows and crumbling towers. Memories of “Lawrence of Arabia” and “Gladiator” rush to our minds, wishing we had been cast as extras in the extravaganzas.

Then comes Marrakech, a definite overload of sensations. A sampling of the foods in the marketplace ranges from sheep eyeballs to tajine. Bartering becomes second nature in the hundreds upon hundreds of market stalls. An exquisite mosque sits only a kiss away from palaces and refreshing gardens. Evening light shows compete with snake charmers. And behind heavy walls sit exquisite riads, emanating serenity in the midst of the city’s chaos. 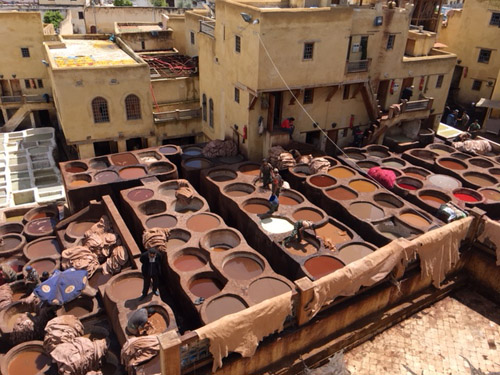 The former pirate’s liar of Essaouira lies west on the Atlantic coast. Its maze of narrow lanes, sweeping beach, small cafes, and bathhouses (hammams) soothingly caress the weary traveler. The fishermen bring in their catch and mend their nets, and the restaurants along the pier harken the visitors to enjoy the freshest of fish. Portuguese, Berber and French battlements show their history here, with two fortresses looking out over the ocean.

The returning drive to Casablanca leaves nothing missing in beauty and charm, especially with a lunch stop in Oualidia, a picturesque town known for Moroccan oysters and fresh seabass. The ocean laps up to shore, the fishermen display their morning catch, and a banquet is spread forth with a serenade of ocean waves.

Definitely, every place we visited had its distinct adventures and beauty. Yet, the one that keeps calling me back as Pure Magic is the Desert Luxury Camp in Merzouga. When daily life becomes a bit chaotic, when I feel a bit frazzled, I turn on my mental switch to this camp. And, miraculously, its memories soothe away cares and anxieties. The camp is fully owned by Moroccans, Hamid who grew up in Merzouga and has never left Morocco yet speaks five languages and his friend, Abdou, who comes from a village in the Draa Valley. In 2013, they set up this camp, securing their workers from Merzouga and Berber villages of the High Atlas Mountains. The camp can be reached only by foot, camel, 4×4 WD, or helicopter. Easily, visitors feel as if in another world. The tents are large and spacious, one being the sleeping tent and the other an ensuite private bathroom. 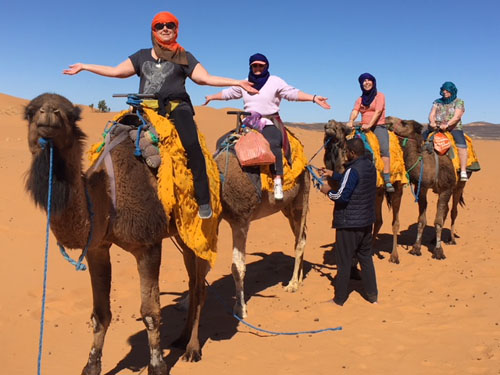 Put succinctly, this is a place that restores one’s spirits. Up early to catch the sunrise invigorates one to know that the day will be filled with excitement. The sun’s rays lighten the dunes, splashing the sand with colors of apricot and caramel. Cares melt away with the help of a propped-up cozy pillow, soft padded mattress, and cradling hammock. A cooling cup of tea and a good book are at one’s beckoned call, and the hospitality of the Berber people radiates as they share legends and games of chess. The food is plentiful and tasty: Moroccan tajin, fresh fruit, and Medfowna, a flat bread sometimes called Berber pizza. In mid-morning, my friends and I camel trekked. Baba, my new-found camel friend, obediently lowered himself for me to plop aboard and then rose stalwartly at his leader’s command. We ventured into the silence of the dunes where his owner prepared tea and told the camels to take off for a spell. They scattered for about an hour of camel recess, then rejoined us for our ride back to camp. Back in camp, we sank into the sand as we climbed the dunes, dug for fossils, fell in our feeble attempts at sandboarding, and buried ourselves in the warm sands to soothe away any joint pain. Atop a dune, campers gather for sunset, as if the lowering of the enormous red ball confirms the goodness of the day. 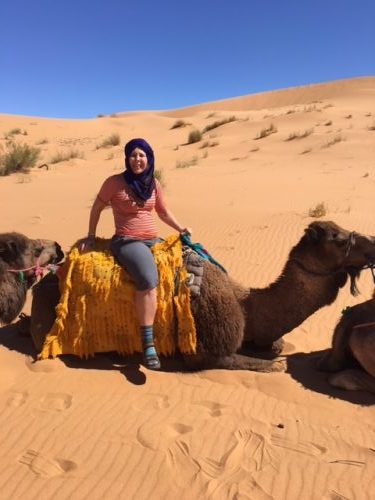 Nighttime brings a campfire of music, dance and storytelling. Gathered around the campfire, the drums blend with music from heavy iron castanets. The workers hold out their hands to every camper, gathering them in as they weave around the campfire in song and dance. Before heading off to bed, the night sky beckons a farewell. The clear sky slips to a deep inky blue, the stars and planets shine like diamonds scattered across the universe, and one is assured that sweet dreams will surely follow.

Indeed, Morocco is a blend of fun, education, and culture. But I found its Desert Luxury Camp in Merzouga to be this and even more: yes, magical. I can pull up the adventures of Casablanca, the charm of Chefchaouen, the culture of Fes, the excitement of Marrakech, and the history of Essaouira. But when I want a day of magic, my mind readily flies to the Sahara Desert and luxury camping in Merzouga. 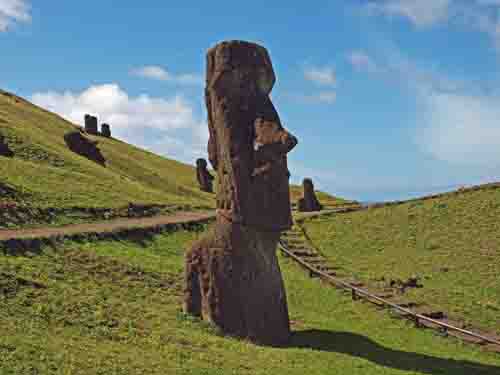 The Moai Mystery of Easter Island 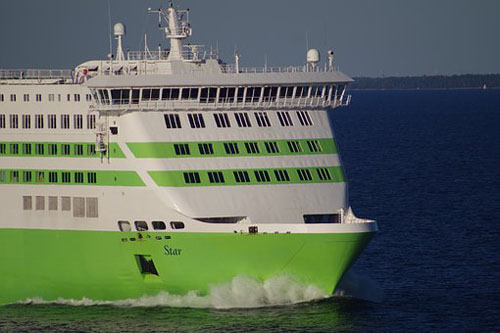 Estonia or Finland: which is best for coffee? Maybe it’s Sweden