Over time, Croatia turned from the quiet and less expensive Italian vacation alternative into one of the top summer destinations in the region. Croatia is still a relatively inexpensive place to spend your vacation, especially when you get discounts in Expedia to book your accommodations. Its popular attractions like Plitvice Lakes, Zadar, Zagreb, and Dubrovnik are recognized across the world as major tourism draw. However, these attractions represent just a few of the reasons Croatia is such as an interesting and awe-inspiring country. 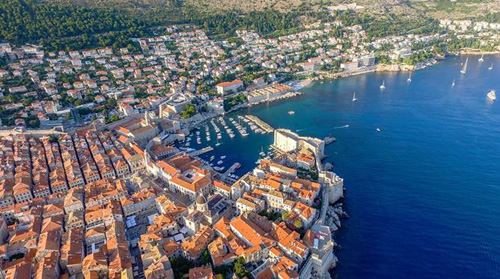 There are hundreds of hidden gems and amazing places just waiting to be discovered in the country. So pack your bags, book your flight, make sure that you have travel insurance, and get started on the trip of a lifetime. Here are some the incredible places in Croatia that are still fairly unknown to the average tourist.

People can only get to Stiniva Bay by boat, and it’s definitely worth the extra effort. This isolated beach front is surrounded by magnificent turquoise-blue waters and set apart by the remarkable rock cliffs guarding its entrance. In fact, its waters are so clear that it is the perfect place to take underwater photos with a waterproof camera. This small cup-shaped pebbled beach guarantees absolute seclusion and tranquility for the laidback traveler.

Voted the most beautiful beach in the region in 2016, Stiniva Bay is located on the southern side of Vis Island. Its entrance is protected by massive stone gates, which is probably the result of a collapsed cave ceiling from a long time ago. This naturally occurring rock formation makes Stiniva Bay a hidden paradise that one will never ever forget. The view is absolutely stunning, and you’ll have more than enough time to partake in the activities offered on the bay such as snorkeling, kayaking, hiking, and many others.

The island of Galesnjak is popularly referred to as the Lover’s Island because of its naturally occurring heart-shaped appearance. Its unique shape received attention from travelers across the world in 2009 after an aerial view of the island was captured by Google Earth. The island is small and uninhabited. it does not have any tourist facilities or man-made structures. It lies a third of a mile off the coast of Turanj, and is characterized by a ton of shrubs on its rocky terrain. There have been talks about getting it developed for tourism, but no concrete plans have materialized so far.

Because it has been christened as the Isle of Love, it is a top destination for couples. Those who are celebrating their honeymoon or anniversaries opt to spend time here when they wish for a romantic day on the beach with each other. Many have also chosen the island as the spot to propose to their significant others. Because Galesnjak is a remote and uninhabited island, visitors can only get to it through a water taxi or when they charter a private boat or yacht. However, since the island is not developed, people cannot spend a night on the island unless they obtain permission from the private owners to camp there.

Cavtat is a quaint town, less than 20 km southeast of Dubrovnik and only 22 km from the border with Montenegro. Located on the Adriatic Sea coast, Cavtat is the urban center of Konavle, the southernmost region of the country. There are more than 7 km of sandbanks, beaches and bays. Featuring stunning Mediterranean vegetation such as the evergreen pine and cypress tress, the town has a special, old-city charm. This ancient town has kept many traces of its thousand-year long history, with many of buildings restored from ruins and total destruction. 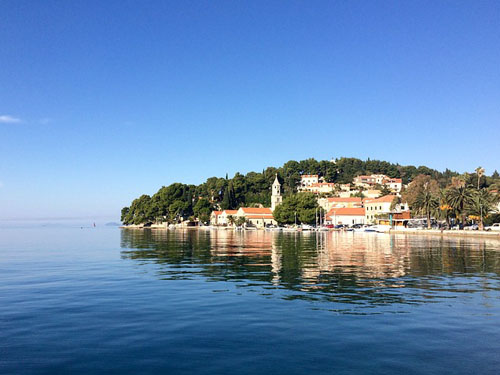 From Dubrovnik, there is a local bus traversing to Cavtat approximately every hour. It is also only 6 km away from the Dubrovnik Airport. The town is a great destination for those who are looking for a taste of local history and tradition as it is still an amazing treasury of local art and culture. It was the hometown of popular personalities like Baltazar Bogisic, a 19th and 20th century scientist and Vlaho Bukovac, a renowned painter. Travelers can try out different activities such as beach volleyball, surfing, jet skiing, and various other water activities.

Badija is the biggest island on the archipelago of Škoji. Its most prominent attraction is the Franciscan Monastery of the Assumption of Mary. Built in the 14th and 15th century, the monastery complex has several parts, including a chapel, a cloister, a church, a cemetery, and the monastery itself. The island is secluded haven, surrounded by pine trees and bordered by rocky beaches.

Visitors can get to the island through a quick boat ride from Korcula Island. As of this writing, it is not possible to stay on the island overnight but that may change soon. Nevertheless, if you want to spend a quiet day swimming or having a picnic on the beach, Badija is the perfect place for you. With its clear blue waters that look right out of a painting, this island is definitely a peaceful paradise on earth.

Istria is the biggest peninsula in the Adriatic Sea. From its clear turquoise waters, pebbled beaches, gentle hills, and numerous vineyards, Istria is the perfect place to indulge in gourmet food and wine. Many visitors have referred to the peninsula as a less expensive Italy, a little Venice on a hill. The landscape is neat and cultivated, offering a great contrast to the wild and mountainous coastline of Dalmatia. It is the perfect reflection of Italy and Central Europe’s influence on the country, with its amazing architecture ruins like the Arena, a first century amphitheater.

Located on the southernmost tip of the peninsula is the Porer Lighthouse, a captivating island, rocky and without a trace of grass. Designed by architect M. Pertsch, the lighthouse stands humble and proud, still protecting passing ships from the rocky coast. The island is only accessible by boat, but the pure beauty of this 35-meter tower is definitely worth the extra effort. 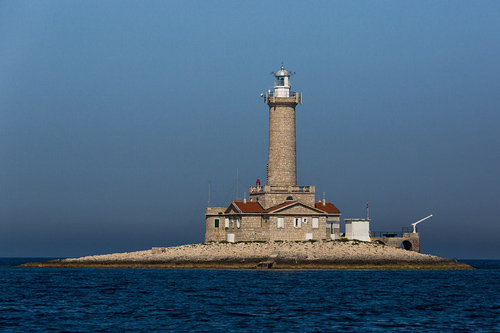 Adventure travel: a personal experience or a new industry? 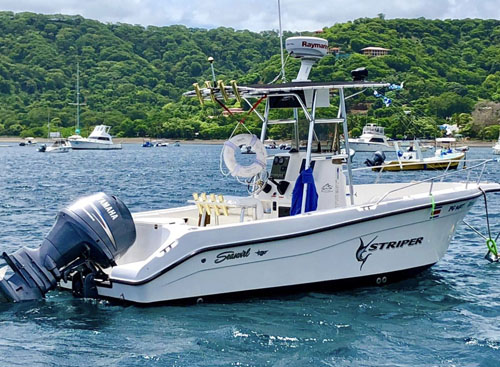