In many ways the world is shrinking. But not in the world of electrical supplies, where a plethora of sockets stalk the world’s skirting boards, threatening to ambush the unwary traveller.

We recently reviewed the Anker fast charger, a fast four-port charger that effortlessly switches between UK plugs and the two-pin option used on the continent and in much of Latin America. This time we’re looking at the Mophie Charge Stream Travel Kit, a truly global offering that provides a sturdy Qi wireless charger with swappable plugs ensuring you’re compatible with all the sockets available worldwide. 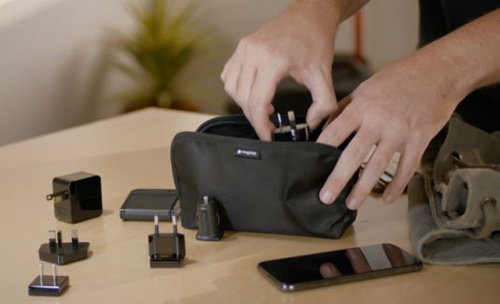 It’s a premium product, shipping in a smart travel case. In one side you’ll find a sturdy USB to micro-USB charging lead. In the other a wireless phone-charging pad and a wall-charger fitted with an American two-pin plug. The world adapters are held in a cardboard strip across the bottom of the case. This is unlikely to be a permanent arrangement, as the cardboard is unlikely to survive many overseas expeditions, but perhaps this is no bad thing as the wall-charger, with a UK plug fitted, will no longer fit in the side pocket: the system probably works best as a loosely-stacked bag full of bits that will cope with any eventuality.

It is useful for the traveller to America, as it has the for some reason they seem to have two of the flat-twin blade plugs that work in North and Central America as well as Colombia, and it also has an option for the almost-identical system used in China. Just to be safe there’s also an adapter for car power outlets (that used to be known as cigarette lighter sockets though that’s become uncool) for charging on the road. For the true world traveller they also have the twin’angled-blade plug perversely developed down under by our Australian cousins. A two-pin continental plug completes the collection, keeping you connected across Russia, Europe and beyond. 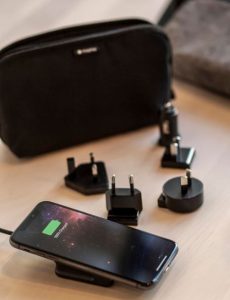 In the 240v UK the wireless charger is fast and effective, with good position tolerance and a non-slip rubber grip to keep your phone in place. It’s a 5W charger, so not going to make the best of the iphone X and over, but works fine with my android handset even though it has a case. Apparently it can penetrate cases 3mm in depth.  It might slow down when confronted with the lower 120 voltage power supplies more commonly used in the wider world beyond the high-voltage UK but this is not likely to cause any major disruption or damage to your phone.

The Mophie is a quality product that works well. There are only two problems holding it back.

The first is the price. At €55.96 on the Mophie European Website it is more expensive than other adapters – though it can perhaps claim to be better. The second is the size. There’s no obvious reason why a universal adaptor, with flat angle-able blades that can be twisted to accommodate Australian standards and pop-out continental pins for Europe should not be combined with a trusted wireless pad from home. This would weigh less, take up less space, and still keep your phone charged.

Even so it’s a good option for the sort of person who can afford to travel the world and appreciates quality adaptors to keep them in touch.

So if you’re looking for a present for that friend who has everything forget antibiotics. The Mophie Charge Stream would be a better gift. 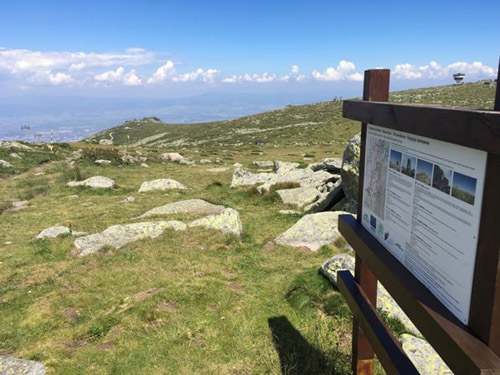 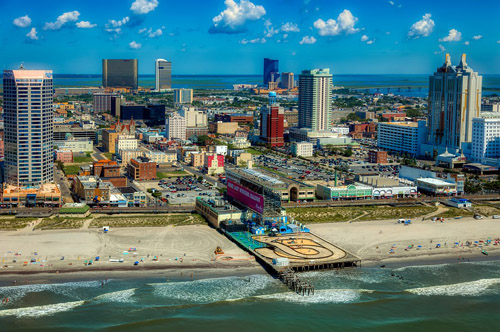 5 places to visit in New Jersey