The mayhem of Marrakech’s Medina is exhilarating, with sights, sounds and smells leaping straight off the pages of Arabian Nights, but it can quickly become exasperating. After getting lost in its maze-like souks and being hustled by hawkers competing for your dirham on Djemaa el-Fna, it’s comforting to know that there are oases of calm not far from the chaos and confusion. Indeed, four of the five gardens featured are located within the 11th-century, UNESCO-listed walled city. 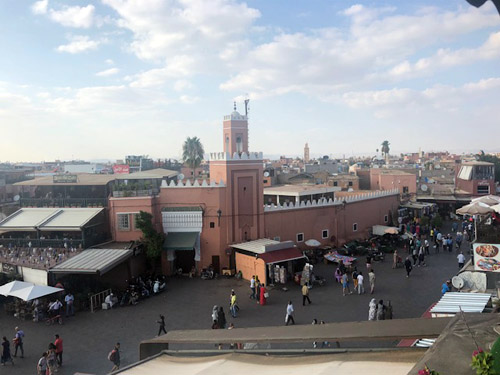 The first is Koutoubia Gardens, renamed Lalla Hasna Park, just over a ten-minute walk from the main square. Walking towards Avenue El Mouahidine, as opposed to Avenue Hommane Al Fatouaki (where the main gate is located), is quicker but deprives the first-time visitor of a view that’ll live long in the memory: a rill stretching out from a fountain directing the eye up towards the 12th-century, 252-foot high minaret of Koutoubia Mosque. The palm-tree-studded garden provides a cool sanctuary when hot and bothered and yet remains – depending upon which shade-covered bench is commandeered – close enough to hear the early-afternoon whine of snake-charmer flutes in the distance. 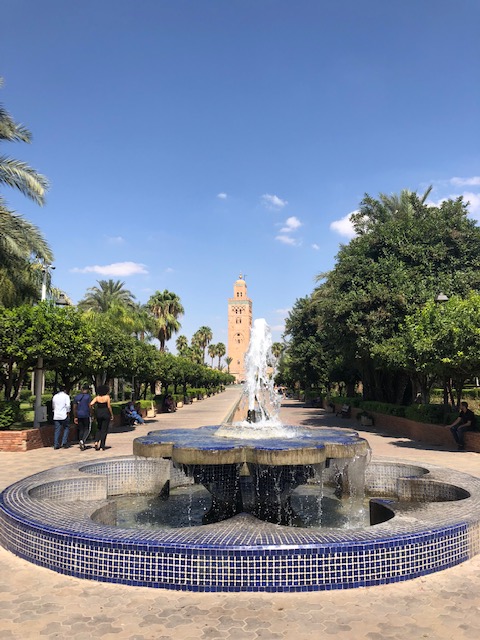 Less than ten minutes on foot northwest along Avenue Mohammed V from there is Cyber Park, a royal park with free WiFi. Formerly an urban space, this eight-hectare site was transformed into a botanical garden, or arsat, in the 18th century before falling into disuse in the 20th. Renovated and reopened in 2005, visitors – including those with impaired mobility – can enjoy restored old pathways and fruiting trees. 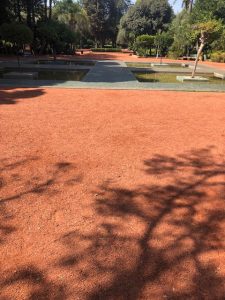 Locals’ appreciation of the Red City’s green heritage is much in evidence here, which should attract curious tourists, though even incurious ones are directed to the entrance since it faces a road leading to a more attractive rebuilt garden: Le Jardin Secret.

Getting to Rue Mouassine involves dodging two-wheeled (mopeds) and four-legged (donkey-drawn carts) traffic for a seemingly never-ending ten-minute journey. But this half-hectare haven, hidden behind 30-foot high walls, is well worth the admission price (50 dirham; £4). The 19th-century (re)built riad comprises, after all, two revived, reimagined gardens for the price of one: a small Exotic and large Islamic. A path links them and both are fed by a restored original underground irrigation system called khettara. Acting as metaphors of heaven as narrated in the Bible and Qu’ran respectively, it’s no wonder Monty Don included the venue in his BBC series Paradise Gardens.

Pavilions standing at opposite ends exhibit the riad’s history through photographs (Hbiqua) and film (Oud el ward), masterfully documenting the restoration process carried out during 2013-2016. Full-up on knowledge, you’ll now want to quench your thirst with a refreshing Moroccan mint tea, thé a la menthe, during a peaceful pit-stop on the roof terrace (which may soothe your tagine tummy). This is a sublime vantage point from where to appreciate the quadripartite grid of the Persian-inspired garden, known as the chahar bagh, and the sea-green-tiled pathways laid in a herringbone pattern that converge at a central, gurgling fountain. 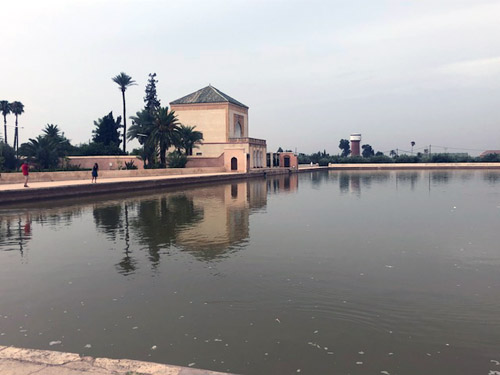 Cool, calm and collected, it’s now time to re-enter the hot, hurly-burly and hysterical labyrinthine of mercantile alleyways in order to reach Place de Foucauld, just over ten minutes away at the southern end of Djemaa el-Fna, where calèches (horse-drawn carriages) are concentrated. After all that walking you deserve to travel in style to the fourth of our five gardens. Rates are usually hourly (120 dirham; £10), which is longer than required to trot 1.8 mile westwards along Avenue de la Ménara, so enjoy a (de)tour around its pink-coloured pisé (rammed earth) ramparts – underneath a canopied roof if the mid-afternoon sun is blisteringly hot – before pulling up outside its unimposing gates.

Although not as popular with camera-wielding tourists as Jardin Majorelle – commonly called the “Yves Saint Laurent garden” – it’s the Menara Gardens that provides (weather permitting) the postcard-perfect image of a pavilion reflected in the mirror-like waters of a basin where the High Atlas act as a backdrop. The vast, scrubby olive groves hold little interest, to be sure, though the same cannot be said for the garden’s green heritage: the 12th-century orchard is irrigated with water from mountains 18-odd miles away being channelled via a 700-year-old hydraulic system. 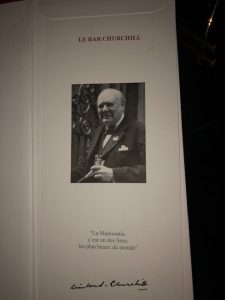 With late-afternoon fast approaching evening, those wanting to sip/nibble amidst La Mamounia’s iconic gardens (which Winston Churchill considered, the hotelier erroneously quotes, “one of the most beautiful places in the world”; he was in fact talking about Marrakech more generally) should exit Menara where they entered and mount a camel. Given the hotel’s post-6pm dress code, haggling must be hurried since the dromedary will be anything but when strolling 1.3 mile to just inside the Medina walls.

This piece was shortlisted and judged Highly Commended by a panel in Senior Travel Expert’s 2018 (Heritage) Writing Competition.

5 places to visit in New Jersey 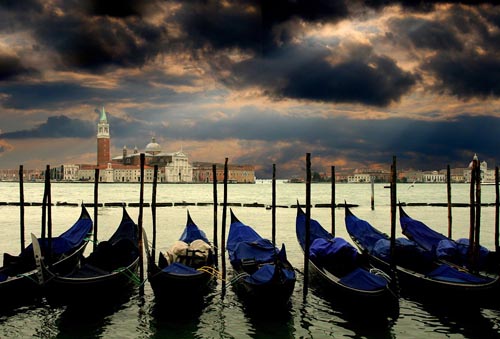 A winter trip to Italy