It was something I only noticed gradually, after the jet lag wore off, and I passed through the town of Hanga Roa several times. An unfamiliar sensation. I was being noticed by the locals.

You see, I am Malay. We kind of look like a lot of people. With a dash of Chinese and Arab thrown in, I pass as pretty much all the nationalities in Southeast Asia. I can also pass for some kind of local across South Asia. My Guatemalan friend tells me that I would definitely pass for Central American (as along as I shut up). And because many Southeast Asians emigrate, even when I am in Europe or Australia, in these times I would not seem unusual there.

Even when I do not pass for local, the locals have some idea of where I’m from. “Philippines? Indonesian?” would be typical guesses by the locals. “Student? Nurse?” are guesses from those who try to be clever, based on the kinds of Southeast Asians who happen to be abundant in their locality.

I can’t be the first Malay to reach Easter Island… can I?

But I had not previously gone to the opposite side of the world. Not to this island which is the most remote from other lands.

Here on Easter Island, they get a lot of tourists. Like, super a lot. Chile had to insitute restrictions last year, to head off overtourism.

It’s like I look like I might be Polynesian… but islanders knew I was not local. Hence, a conundrum. I brought an enigma to their enigmatic island.

So Salva, the young man who saved me from a particularly grumpy perro, spent a long time trying to figure out how to ask me where I came from, using Spanish that’s basic enough for me to grasp.

Francisco, on the other hand, who allowed me to use the facilities at the internet cafe he minded, spoke good English and fared better in his curiosity. A sweet aspiring chef from the mainland, he had never heard Malaysia, and promptly looked it up on the internet. In stereotypical Latin American passion, he instantly fell in love with both me and Malaysia, and began entertaining dreams of opening a Chilean-Malaysian restaurant with me.

It wasn’t just the millennials either. My taxi driver to Tongariki asked me many curious questions about Malaysian landscapes, and just banal things such as what we ate as our staple foods.

By contrast, my French Airbnb housemate took me in stride. In fact, he helped me explain to my Rapa Nui host what it means to be from Asia, and what a Muslim is.

It’s fair enough. Easter Island is among the destinations far beyond the means of most Malays. Those who do have the means, would typically holiday in more status-signalling destinations such as Europe, or culturally familiar ones such as the Middle East. Even I would not have considered Polynesia then, had it not been for the Easter Island heads.

But an encounter with a Rapa Nui artist changed my mind. 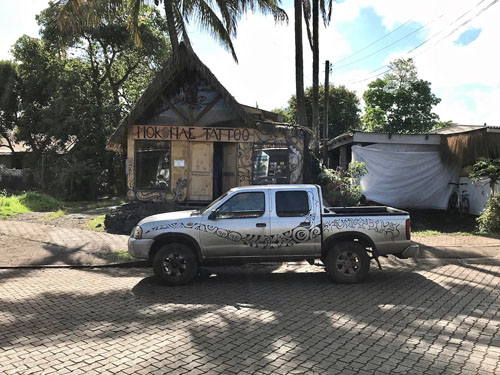 The artist with the blue paintings

One day, I hovered over the doorway of the small art studio along a Hanga Roa side street, near the church. I was drawn by glimpses of blue caught from across the street. It was my favourite colour, and I wondered why the artist painted with so much blue.

A man came to the open doorway and invited me in. It was the artist, a local man. After a brief greeting in Spanish, he switched to English upon discovering my preference. We admired his blue artwork together – indeed, he often painted in blue. Even the ceiling was blue artwork. It was his favourite colour too.

He, too, puzzled at my origins, but was not too curious after the puzzle was solved. But he wanted to know what I’d seen of his island, and spent time telling me about its culture. Because I had come from so far away, he would not let me leave without giving me a parting gift, one that he looked for specifically from among his collection of periodicals.

It was a particular issue of a magazine that came with an English translation. In it were stories about the Rapa Nui people, and its Polynesian culture. It was important to him that I returned to my homeland, knowing of Easter Island’s Rapa Nui identity.

The novelty of being novel

When I decided to bite the bullet and go to Easter Island despite the expense, I was expecting to find novelty. I spoke minimal Spanish, and had never gone to either South America or Polynesia before. Novelty was assured.

I had not expected the novelty to be a two-way thing. It was a surprise, and a pleasant one!

For once, I was ‘brand new’. There were no projections laid on me by the local people. I was not assumed to be local, nor was I assumed to be a ‘tourist dollar’, or the ‘suspicious immigrant’. I was not a ‘nurse working at the local hospital’, nor any other stereotype linked to the exotic Southeast Asian woman. Indeed, I was suddenly visible, but I was also a blank slate – just a person who has a chance to describe her own identity for herself.

How many of us can say that we have felt what that is like?

But the most rare experience of all, in this day and age, was being able to introduce my faith, in my own words and perspective. For Easter Island was so removed, that a Muslim could arrive simply as a Muslim person, without having to shoulder the baggage of history and modern geopolitics.

As a Gen X traveller, I was fortunately at least semi-prepared for this novel situation. I couldn’t help wondering, however, whether a millennial born after 9/11 even knew what it is to explain her faith, with neither the pressure of being expected to answer for nations and governments not her own, nor the pressure of dogmatic influences that the need for identity defence often forces you towards.

How many Muslims can say that they can articulate themselves, in the absence of expectations from within and without the community?

And I thought, Perhaps… it might be a good idea for me to be the first Malay to reach more islands like this. 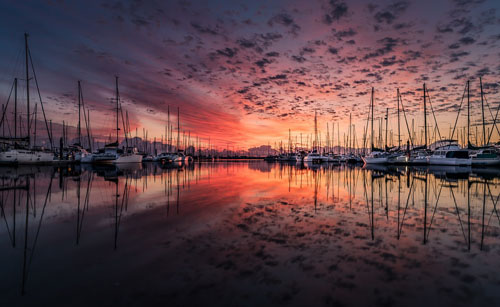 Airbnb on Yachts – where can we find this arrangement? 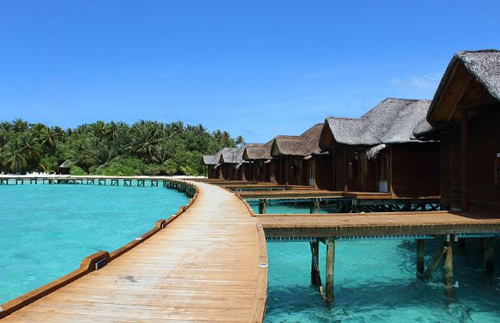 5 great places to unwind on your vacation leave