‘But this is recognised by UNESCO!’ Viktoria countered after I whispered that I preferred Starbucks, mirroring the tone of Ricky Gervais and Stephen Merchant when reminding the eponymous idiot Karl Pilkington about the significance of something in the TV series ‘An Idiot Abroad’.

Despite not wanting to further annoy our fortysomething, half-Armenian Istanbul Walks guide, such a statement invited a bemused, Pilkington-esque expression since I’d hitherto believed only tangible objects could be listed by the UN agency.

Yet Vik explained, at length, during which time my request for milk was reluctantly indulged, why and when Türk kahvesi, Turkish coffee, was placed on the Intangible Cultural Heritage List. Special preparation and a brewing technique dating back 450 years are among the reasons for it being inscribed in 2013, as I learned in the preceding two hours, though its taste ought to have (re)consigned it to a proscribed list of banned substances (à la seventeenth-century Ottoman sultan Murad IV). 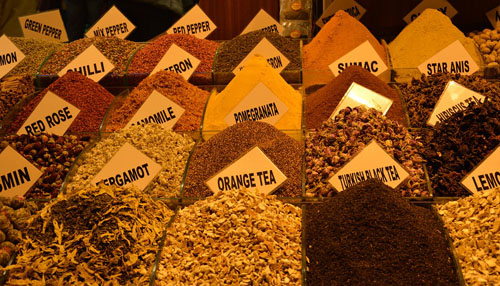 I consequently had mixed feelings about brewing my own during the immersive highlight of the Turkish Coffee Trail Tour because I simply couldn’t endure another cup, not after the previous two, hence an appeal for milk despite being lactose intolerant. As someone who’s largest chunk of their salary after HMRC and the Student Loan Company now goes to Starbucks, baristas’ jobs depended on it being drinkable for I’d otherwise be put off for life.

My gesture to the American couple and my partner T that they go first wasn’t entirely noble, but rather selfish: I needed to swill my mouth with water to erase the bitter, unfiltered, raki-like potent flavour, something I earned brownie points for, ironically, after Vik informed our quartet that it was customary to cleanse the palate before sipping. 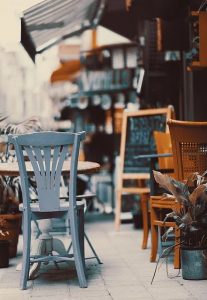 This was but one insight I reflected upon while waiting my turn in the relative calm of Çebeci han, an open-air courtyard totally enclosed save for an imposing entrance gate separating it from the chaotic, sense-assaulting Grand Bazaar. Originally constructed in the sixteenth century as a trading inn where merchants could store their wares (including coffee beans from Arabia), this two-storey arcaded building is nowadays home to workshops and Şen Café, where waiter Dursun provided the cardboard-enclosed campfire stove and some instant Nuri Toplar.

I opened the coffee tin and then it happened: talk about the impending (June) rerun of the city’s mayoral election, an event the FCO warned travellers about given its burgeoning national significance, and something which I avoided engaging in over the past few days notwithstanding the tireless efforts of paraphernalia-wielding loyalists – outnumbered only by scores of police in armoured vehicles and behind barricades  – canvassing on both sides of the Golden Horn.

Yet one couldn’t ignore Mustafa – a fifty-odd-year-old moustachioed man with gesticulating arms and flying prayer beads in hand – because his lambasting of President Erdogan (for overseeing the annulment of the contest in March) caused silence to fall like a guillotine, until the call to prayer led him, others around the table and birds to flurry off in formation. 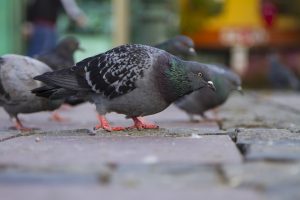 (Although coffeehouses are not the nodal points of intellectual thought they once were, this Fatih hangout proved to be a microcosm of the broader political shift taking place since Istanbullus in other conservative districts together ensured the secular candidate achieved a landslide victory.)

With the metallic sounds of coppersmiths echoing around our kilim-covered table, I thought I’d be forgiven for dropping the cezve, a long-handled copper-plated pot wherein coffee is boiled, after believing a backgammon-playing carpet-seller had been impaled. But Vik (misinterpreting this as a ruse to make a quasi-latte concoction) reiterated that a coffee-making certificate was at stake, thereby adding extra pressure when endeavouring to attain a pre-boil foamy texture prior to pouring the half-remaining, reheated contents into a demitasse cup.

Despite the addition of milk and even sugar (similarly omitted from my black brew in Blighty), it became patently (or palate-ly?) obvious why Turks prefer tea over coffee as their national drink. However, it’s in kahvehanesi, coffeehouses – such as Çorlulu Ali Paşa Medresesi and Şark Kahvesi, located on the bazaar’s busiest thoroughfare, where fortunes were told from the shapes left by coffee grounds – that outsiders come closest to understanding the sacred and secular mores of locals, not Starbucks. 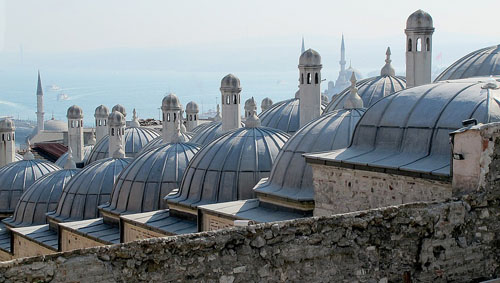 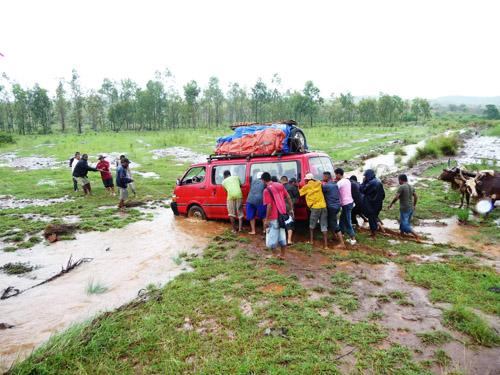 Taking a taxi-brousse across Madagascar 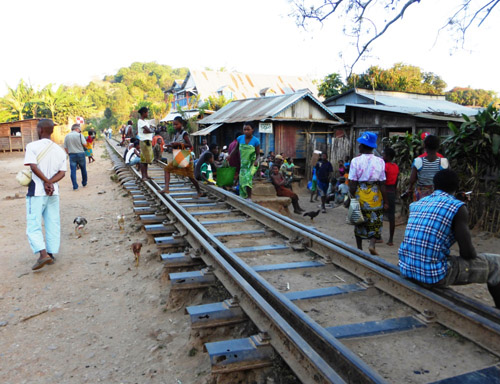 An unreliable train links Madagascar’s highlands to the coast