A swan opens its eyes the opposite way to us.

Our daughter Harriett (9) spots this during our trip to Abbotsbury Swannery. We take a short video to show it.

The Swannery is about 75 miles from our Hampshire home but it takes us three hours to travel there due to the sheer weight of traffic. However, when we arrive it is as if we have discovered Dorset’s best kept secret, a stone’s throw from Chesil Beach. It is the only managed colony of nesting mute swans in the world. There are so few visitors there are absolutely no worries about social distancing. This is a real surprise. And it is so peaceful and enjoyable to just walk around and if you so wish, sit on a bench and admire the magnificent and majestic swans and their cygnets as well as ducks, moorhens, coots and Canada Geese. The position of this attraction gives a feeling of being on a secluded island far away, as if you are in a David Attenborough documentary. Quite incredible.  A peaceful oasis of calm. 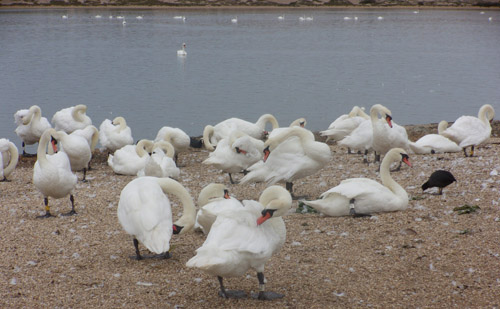 This experience is not like going to a zoo where you are disappointed on discovering that some of the animals are not actually there that day. At Abbotsbury Swannery visitors are in the natural environment with hundreds of swans in the summer months. It is quite magical to look out at the scene before you; a sea of white. White feathers that have been shed cover the ground like snow. You get to see, hear, smell the whole thing and “it’s so relaxing” says Caroline. “I could have sat there all day if the children had let me, just watching the birds.” And that’s the thing, bird watching itself is so relaxing but usually when you do it you are not guaranteed to see such an array of birds. You are here, though and that’s a real joy.

Written records of the Swannery’s existence date back to 1393 but it probably existed before that and is believed to have been established by Benedictine monks in the 11th century. The Swannery was used by the monks until 1539 when the monastery was dissolved by King Henry VIII. The site was then purchased by Sir Guy Strangeways and has remained in the Strangeways family through 15 generations up to the present day. An estate of some 15,000 acres in Dorset covering Chesil Beach and Abbotsbury is still held by the Ilchester Estate owned by Mrs Charlotte Townshend, the daughter of the 9th Viscount Galway, a descendant of the first Countess of Ilchester.

In the late 1920s the Russian prima ballerina Anna Pavlova (1881 to 1931) studied the swans here while rehearsing her legendary performance of Swan Lake. Members of the corps de ballet actually danced Swan Lake at the Swannery.

“I have learnt that swans can swim with one foot and rest the other one in the air,” smiles Harriett, who loves nature and is a Steve Backshall fan. “Some people think they’re hurt but they have just turned part of their body round,” she enthuses. Meanwhile, Heidi takes a swan that she has named Enid, for a walk. We take a little video of this. 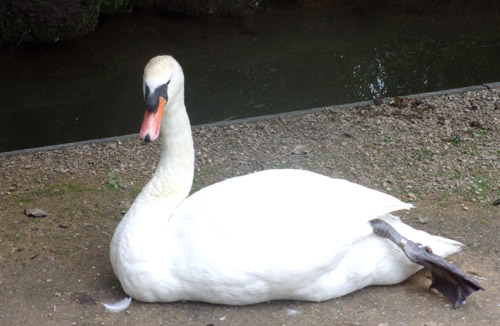 Abbotsbury Swannery does some important work rescuing swans in need of help and there are areas devoted to these patients. It is possible to adopt a swan here.

We learn that a decoy tunnel was used to capture ducks for the table while reeds grown here are used for thatching. This was also a filming location for the film Harry Potter and the Half-Blood Prince.

On our return home we hear on the radio that the 19 out of 24 beaches in Bournemouth and Christchurch are on red flag alert due to the volume of visitors, making social distancing impossible. Ah, so that’s where everyone went. I know who has had the best day out… 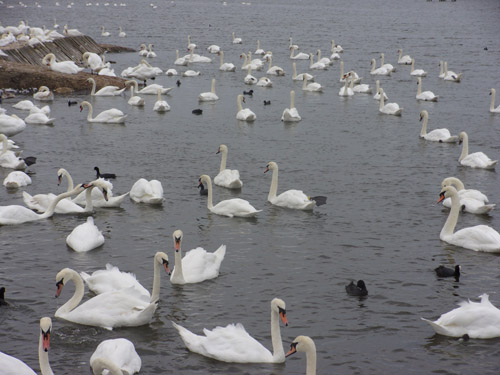 Watch the videos at www.travelwriter.biz 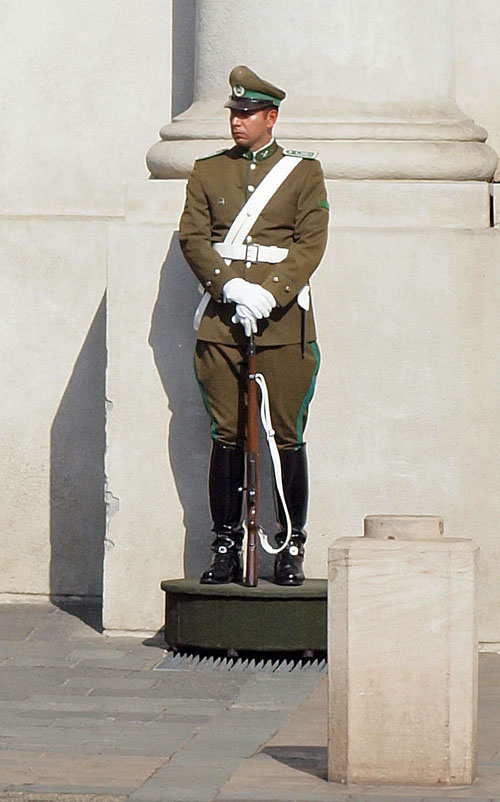 Hemmed in by Covid, some strolls around Vancouver