My first visit to Camden was unplanned. I took a right, instead of left, when exiting a Caffé Nero onto Southampton Row. A brisk 40-minute walk in the wrong direction, in heavy rain, took me to the eclectic Camden Town, and I found myself drying off and enjoying a pint of Camden Hells1 in a great pub called The World’s End. This establishment had caught my eye because of the name… and because I needed a toilet stop. The sociable bartender informed me that it was by no means an exclusive title, as it was not the only World’s End in London. According to journalist James Fitzgerald, discussing the quantity of “World’s Ends” in England’s capital, the use of the term does not represent anything melancholy, but “the phrase is actually just a common place name which suggests a boundary of some sort” (Fitzgerald, 2017). For me, on this occasion, a boundary is what it was, as I ventured no further, and instead made way for my hotel in Holborn, vowing to return to Camden for a proper browse.

I returned one year later, on a sunny Saturday in March 2020. On the recommendation of a friend, I ventured back to Camden to try the wonderful (my friend’s words) churros at Camden Market, and the flipping hot (again, my friend’s words) chicken and waffles at an eatery known as Bird. I left my hotel in King’s Cross, quickly checked out Platform 9 3/4s (I won’t admit this to my peers… but I’m a big Harry Potter fan), and after just a few stops on the Northern Line, I was back in Camden Town. 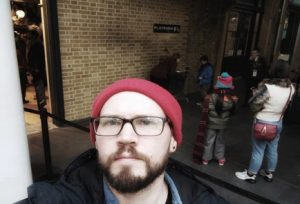 Nothing beats the feeling of submerging from the London Underground, swiftly scanning your Oyster Card at the exit barrier, and getting out in the street to take in some “fresh” London air. I was moving extra fast on this occasion. For one, I was busting to go to the toilet (a running theme during my trips to Camden), and two, I was hungry. I wanted the ‘’wonderful’’ churros, and ‘’flipping hot’’ chicken and waffles. Unfortunately, Camden, on a Saturday afternoon, is not the place to be frantically needing to pee.

As soon as I stepped out onto Camden High Street, it was clear I was going nowhere fast. People, many of whom appeared to be tourists, judging by the amount of I LOVE LONDON hoodies, selfie sticks, and that look that says “I have no bloody idea where I am,” shuffled along shoulder to shoulder at a sloth-like pace. No one rushes in Camden, and justifiably so, it is a place full of great visuals and experiences; the genius 3-dimensional store fronts, the picturesque canal, the outstanding graffiti art, the chatty street vendors, the smell of exotic

foods emanating from a diverse range of restaurants and cafes, and music of all genres coming from a great mix of stores, pubs, and music venues, all combine for an excellent visual, sensory, and audible experience. I wanted to take it all in without the distraction, and progressively painful, need to relieve myself. So, I quickly did a 360-scan and spotted a McDonalds (of course) and hurriedly, and assertively, cut through the mass of tourists, nipped in to use their McFacilities, and continued my pursuit of Churros, Chicken and Waffles.

I was no more than a few minutes along the high street when it became apparent why visitors move so slowly. Every few steps there is something that catches your eye a discounted gift shop to buy a Mr Bean bobble head or Union Jack top hat, a street vendor selling artisan ice cream (or as we call it in Belfast, bloody expensive ice-cream), or vintage (translation: out of date, yet overpriced) clothing at one of the many retro clothing stores. The amount of goods on sale are only matched by the amount of people stopping in front of you to look up at the extraordinary store fronts.

From a giant colourful elephant head, to the large dragon scaling down the wall of a Chinese restaurant, every single one is worth a selfie, and apparently with no regard for the guy from Belfast who just wants some food. I didn’t protest however, as the storefronts were worth a few minutes of my time. What stood out most, though, was the amount of tattoo parlours along the high street, one every eight feet, it appeared. Was Camden a haven for tattoo fanatics? I looked around wondering where all these tattooed covered aficionados could be, but other than myself, and a few others, the amount of tattoos walking the street didn’t support the absurd number of parlours along this stretch of road… “perhaps they come out at night?”, I muttered, as I considered getting another tattoo, but not until I had my Churros, Chicken, and Waffles.

It was not my intention, initially, for this to read as an abstract from a longer piece, but as my word count began to go over (I’m hoping the rules aren’t too strict, I actually cut more words from the piece), I made the decision to end it without revealing whether or not I achieved what I set out to do in Camden. I tried to write this in a way that it didn’t matter, as the story was more about the journey, and the things I saw on Camden High Street.

Camden is an interesting place, as is London and the people in it. An experienced travel writer could probably right a full book on Camden High Street, with a full chapter on the struggle to get through the barrier at the underground.

I’ve attempted to put some humour into this, without poking fun at the place itself. I like Camden, and I hope that came through. But I also have a dry, cynical (yet harmless… I hope), sense of humour, and I tried to show that as well. In terms of influence, I like the light- hearted, easy to read work of Tony Hawks – Around Ireland With A Fridge. Hawks book is generally about the journey itself rather than the journey’s end. I also enjoyed the Bryson abstract in the course folder, in terms of the detail. Though while Bryson is quite humorous, I think he crosses the line into snobbery quite a lot, particularly when poking fun at English market stalls.

I had a friend read the piece, and he stated “It’s impossible to stop reading it as Alan (Partridge). Great job!” – this was an interesting observation. I’m a big fan of Partridge’s mock-docs, Alan Partridge’s Scissored Isle, for example. And, funnily enough, I’d been listening to the Know Me, Knowing You radio show around the time I’d be working on this piece, so it must have been an influence, albeit subconsciously.

Matthews, B. (2020). Things to Do in Camden: Cheap and Free Culture and Nightlife | London Cheapo. [online] London Cheapo. Available at: https://londoncheapo.com/entertainment/things-to-do-in-camden/ [Accessed 20 May 2020]. 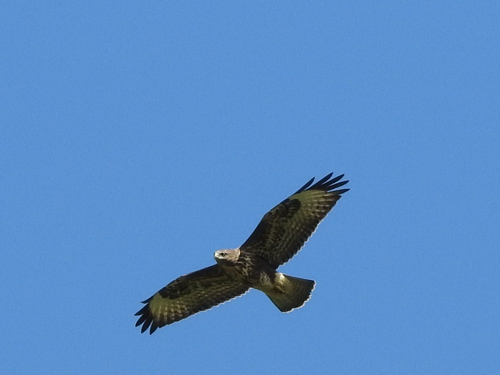 In defence of Coventry, flattened by bombs in WW2