Without being disrespectful, I do enjoy the way some Thais pronounce English, in fact I am learning some Thai English myself, e.g. ‘Fiss and Tips’ is Fish and Chips, ‘no spik enlik’ is I don’t speak English, and the letter ‘s’ pronounced as ‘sa’ such as ‘sa-mile’, ‘sa-mall’ and so on.

One thing I enjoy during my walks around Bangkok, is stopping in a café for a refreshing glass of ‘Iced Tea’. Now, very often, the Thai waiters do not understand the order until you repeat it a few times, as the Thai’s tend to pronounce Iced Tea as ‘IT.’ (IT pronounced with rapid succession), and Hot Tea is pronounced as ‘Hottie’. 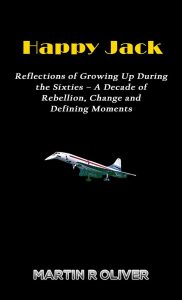 Recently, I dropped into a street side café, and was attended by a young, enthusiastic waiter, and I confidently ordered IT., and the conversation went like this… He thought about my order for a second, and responded,

Silence for a minute, expressionless, then a slight smile, “Strawberry?”

I picked up a menu from another table, opened the drinks page, and found the iced tea list. I showed him the list with iced lemon tea, and put my finger over the word lemon, and said, “Look, no lemon, only IT.”

He nodded seriously, thought about it for a few seconds, and said, “I go get manager.”

I watched the waiter go over to a smart young man, whom I assumed was the manager. They were obviously discussing the situation, as they both kept glancing in my direction. This grumpy farang had obviously disrupted their otherwise uneventful morning.

I could have happily accepted any of the iced tea flavours, but as battle had begun, I was determined to stand firm on my request. After a few minutes, the manager strolled over to my table, and greeted me with a sawadee kap, how are you today, and how can I help you. I explained that I had been trying to explain to the boy that I wanted plain IT. with no fruit flavours. At the word ‘fruit flavours’, the manager opened the menu, and pointed to the page, saying, “We have many flavours.”

Tempted to grab the manager by the throat, I calmly said, “I just want T, chai, tea with I, ice, namkaeng.”

The manager nodded. With an expression that he finally understood, he said, “Okay IT. I will tell kitchen,” and off he went. Some minutes later, my iced tea arrived, nicely presented in a tall glass, with a sprig of mint, and a slice of lemon lodged over the top of the glass. I received it triumphantly from the waiter with a, see, I got what I wanted, look on my face, and sat back to enjoy.

Actually, it wasn’t exactly what I ordered, although iced kiwi fruit tea is not that bad at all.