I had been following George Mahood on Twitter for a while. He was famed (although, I’m sure, he’d disagree with that word) for attempting to cycle from Land’s End to John o’Groats without any money, clothes, food, shoes… or a bike. He self-published a book about the trip and now lives in Devon with his wife Rachel and their three children, where he makes a living writing more books.

When I got an email from him asking if I needed somewhere to stay for a night, I felt a little star-struck. It was like when I had met Anna – there’s something sort of surreal about the people you follow on the internet turning into real people.

Never meet your heroes, they say, but actually I was finding they were generally quite nice people. In the adventure world, at least. I can’t vouch for any other industries.

George picked me up from Beesands and we drove back to his house. One of his daughters was with him and she told me about the school nativity play she had performed in that afternoon. That night, over a huge bowl of pasta and a lot of garlic bread, we talked over my plan for the next few days. I told George and Rachel that I was planning to run through to Bantham the next day, via the Salcombe ferry. They exchanged a look. It was about 23 miles, which I thought sounded doable, but I got the impression that they thought this might be a bit ambitious.

“And then what about when you get to Bantham?” George asked. “The ferry over the Avon to Bigbury isn’t running at this time of year.”

Of course, I hadn’t looked at the route closely enough on any maps to know there was a piece of water that needed to be crossed, or a ferry in the first place, let alone that it wasn’t running.

“How about you stay here tomorrow night too, then I can just drop you round to Bigbury to get going the next day?” George asked. This sounded like a great plan to me, obviously, but I couldn’t quite believe that, once again, somebody would be willing to go so far out of their way to help me. George had already told me he couldn’t join me for a run because he was almost ready to hit publish on his next book and was busy getting it finished. It was also the week before Christmas. Everybody had their own lives and families to get on with, yet here they were offering to ferry me around.

The next morning George made me scrambled eggs and toast with homemade bread for breakfast then dropped me back to Beesands. The best thing about staying for two nights was that I had got to leave most of the contents of my backpack behind, and I hopped out of the car feeling very light.

“Just give me a call when you’re getting near to Bantham and I’ll come and get you. Or if you want to be picked up sooner, that’s fine too, no problem at all.” I sensed there was still some doubt about my ability to do this section in one go.

These doubts were well founded, in fairness. It was 23 miles which, admittedly, would be the furthest I had run in one go so far, and the South West Coast Path website did describe this section as “particularly tough”, along “a rugged, undeveloped section of coast”. I had no choice but to make it though – if I didn’t get to the estuary and George had to pick me up sooner, I’d still have the ferry issue the following day. I tightened my rucksack straps, crossed my fingers and got going.

Some time that afternoon, long before it got dark, I called George. “I’m in Thurlestone,” I told him, “so about 20 minutes away from Bantham.”

Fuelled by the cheese sandwiches that Rachel had made for me using more of that homemade bread, and some Salcombe fudge that I had picked up after the mid-run ferry ride (a ferry that was actually still running in the winter, thank god), I had managed the full 23 miles. I hadn’t needed to be rescued early.

Although they didn’t say anything, I think that George and Rachel were surprised. And so was I, to be honest. I had been running for nearly two months – perhaps I finally knew what I was doing. I just kept putting one foot in front of the other, over and over and over again, day after day after day, and it had become a new kind of normal. I had a nice moment of thinking, for once, that maybe I wasn’t totally useless.

It wasn’t a feeling that lasted long. 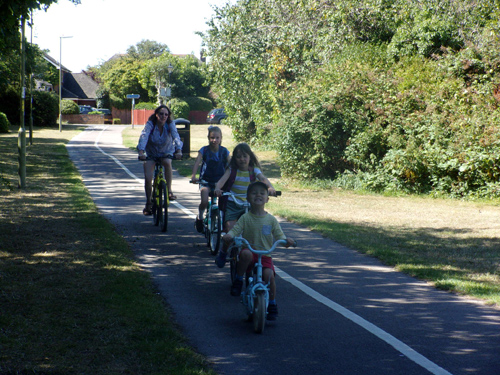 A cycle tour of sunny Gosport 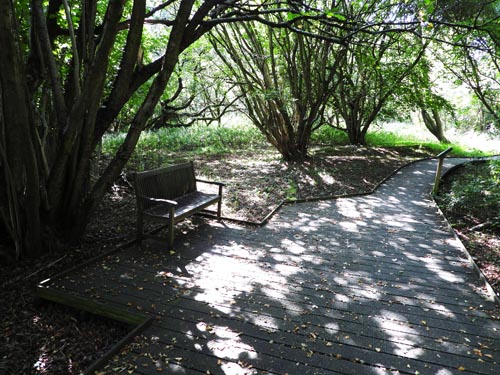 Segedunum and Arbeia – The northern limits of the Roman Empire