If you have a special place in your heart for travelling, there is no chance that you have not heard of Cambodia. If not, then you must have still heard about the popular place, Angkor Wat. Well, let us tell you something about the country. Cambodia is a Southeast Asian country that has been one of the most alluring places to spend time over. We just realized the fact that the place has very different ways of working than even we had ever thought so. So, if you are considering getting a Cambodia visa UK, we would like to tell you some amazing facts about the nation that will blow your mind for sure. It is full of learning and could be loved by literally anyone.After reading this article, you will not only be prepared to visit Cambodia but will also have the capability of not offending any Cambodian. Sounds confusing? You will know.

#1: The people living in Cambodia are capable of eating anything

As mentioned the place has very different ways of doing work, similarly, the interesting fact is that the people living over there have a unique habit of eating anything. And of course, its staple food is rice and fish, but people living in Cambodia has an eye-catching selection of street food. There,spiders, locusts, fried crickets, etc. are not at all unique. The most optimum street food there is tarantula kebab. The most common food that is found on every street is the termite eggs.

If you visit Cambodia, people who have a habit of pointing out things will be considered offensive over there. If we order something at restaurants in Cambodia, the whole palm has to be used in such case of conversation. According to the Cambodians, Left hands are considered dirty, therefore, they never use left hands for interacting because it has been assumed the left hand is used for cleaning the bathroom, which includes western toilets and using the toilet papers, which are not even a considerate thing in Cambodia.

Pointing feet at people is also considered a disrespectful thing at the place. The Cambodians have a habit of sitting with their feet tucked in. The highest part of our body is definitely our head, according to the Cambodians; therefore you can’t touch it even if you are with good intentions.

Yes, you read that right. The country’s flag is not just any flag with a combination of different colours but also contains a unique trait. It is the world’s only flag that comprises an image of a building. Among all the 195 nations and many of them having their special monuments, it is only Cambodia that has honoured its monument, Angkor Wat on the flag. This red, blue, and white-coloured flag symbolise heritage, integrity, and justice. 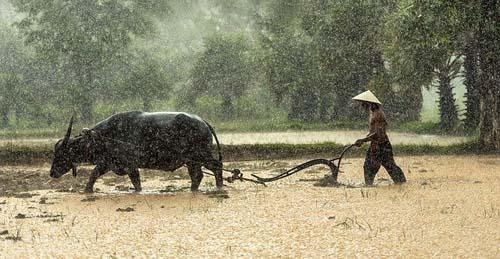 #4: Cambodia has been a place for Hollywood!

The directory of a Netflix film named First They Killed My Father by famous Hollywood Star Angelina Jolie is popularly known to be set in Cambodia. At the centre of the film are the horrifying truths of the Khmer Rouge, a well-renowned place in the country. Further, other films have also been shot in the nation, which has also made the place more popular. For instance, the release of Tomb Raider in 2001 resulted in increased tourism in the temple named Ta Prohm, majorly because the movie was shot here.

#5: The name of the Country has changed four times

Not one, not two, and not even three… the name of Cambodia has changed four times in the past 6 decades. Sounds incredible, right? Initially, about 60 years ago, the name of the country was The Kingdom of Cambodia. Later, considering the importance of the Khmer Rouge, the nation changed its name to The Khmer Republic. Further, it started being called Democratic Kampuchea. Finally, as suggested by the Vietnamese after the end of the war, the name was officially changed to The People’s Republic of Kampuchea. Nonetheless, the monarchy has presently decided to utilise the original name of the country, that is, The Kingdom of Cambodia, which is why we popularly call it Cambodia.

Cambodia, or The Kingdom of Cambodia that you may now call it as, considering the facts you just found out about the nation, does not only have a rich cultural diversity but also has been associated with several historical occurring, which is why people who have an interest in getting to know about the history of a nation tend to visit the country the most. Further, the beautiful temples and heritage sites recognised by UNESCO make the country even more exciting and beautiful to be visited.