‘PULL IT OFF!’ a twentysomething-year-old, mixed-race female shouted (after initially muttering) behind me.

We were standing outside Rumford Place in Liverpool city centre, specifically in front of two plaques commemorating the service of those who fought for the Confederacy against the Union in the American Civil War. It was the end point of a two-hour tour led by community historian (and then-newly appointed Historian in Residence for National Museums Liverpool) Laurence Westgaph which explored the city’s slavery links. 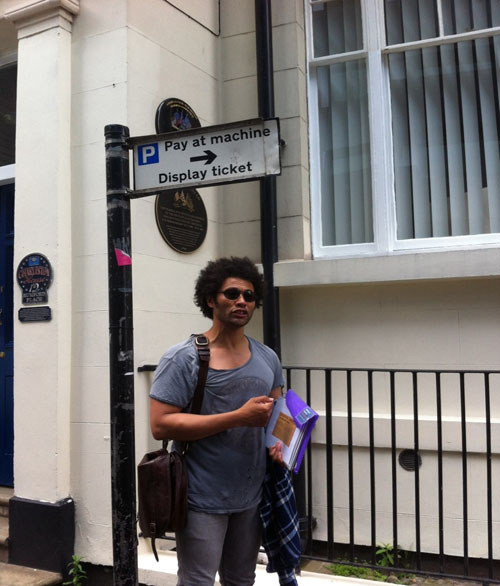 Laurence finds these plaques particularly ‘egregious’, reminding our 15-strong party that the Southern cause wasn’t a ‘noble’ one, for the actions of Liverpudlians – either aboard the Confederate State Ship Shenandoah or in the Mersey dockyards that built the C.S.S Alabama – helped to keep ‘other people in chains’ on plantations, thereby helping to sustain the slave economy. Learning that they were erected as recently as 2015 appalled all around (the above-quoted most vocally so), but Laurence confirms he was seeking their legal removal.

Black Lives Matter (BLM) protests around race and historical memory inspired by the police killing of George Floyd (25 May 2020) in the U.S. had pricked this White author’s conscience, to be sure, though it was this engaging walking tour (attended in early August ’20) that had stimulated a conscious effort to further decolonise my Eurocentric mindset (beyond the writings of Frantz Fanon and Edward Said) through a greater familiarisation with the works of Black minds: chiefly Trinidadian scholar and statesman Eric Williams, author of Capitalism and Slavery (1944); but also University of Liverpool alumnus David Olusoga, the prize-winning British-Nigerian historian and broadcaster, Liverpool-born, American-based sociologist Stephen Small and Zanzibar-born, Preston-domiciled artist Lubaina Himid, the first Black Turner Prize-winner. However, I digress, though it sadly needs reaffirming that a revision of curricula is pedagogically sound. 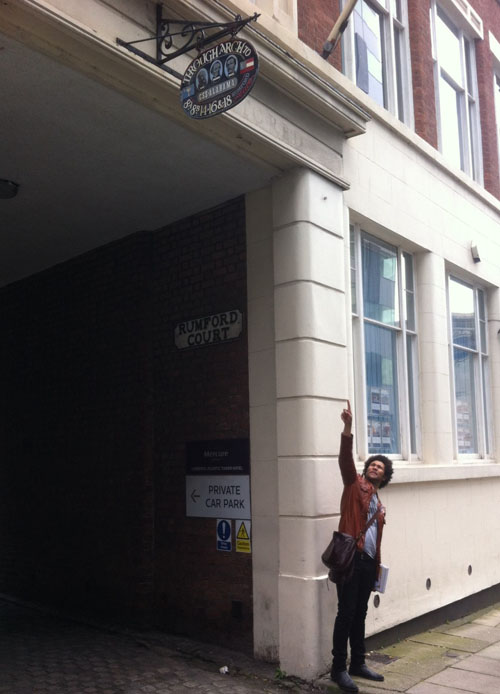 To redress the imbalance of understanding between (White) abolition and (Black) slavery, this expat Wirralian regularly travelled back (up the M6) out of a shared belief with Mark Twain that ‘travel is fatal’ to ignorance. Having joined Laurence’s last walk (in mid-September ’20) before their COVID-19-induced postponement (and another four different ones in ’21), I feel especially fortunate to have gained an insight into Liverpool’s part in the murderous exploitation of enslaved Africans, so have therefore composed a self-guided Seven-Site Circular Slavery Trail for those unable to book a place on one of Laurence’s (free) eight walks (nine if you include the bespoke tour that started from Falkner Square incorporating live performances) such is their popularity, especially during Black History Month.

Sandwiched between the towering Hilton hotel and elevated Chavasse Park is Thomas Steers Way, a pedestrian thoroughfare named after a seventeenth-century civil engineer. As you head (north-east) towards John Lewis from Strand Street (with the Royal Albert Dock behind you), beneath your feet is the Old Dock, the contours of which are marked by a series of water jets and brickwork of the pavement. Uncovered during excavations by Oxford Archaeology between 2001-06 and preserved by Grosvenor when building the Liverpool ONE development, Merseyside Maritime Museum has been conducting tours around the north-east corner of the world’s first enclosed commercial wet dock since 2009. 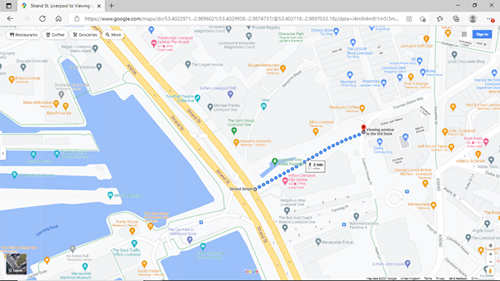 Restrictions arising out of the pandemic can (periodically) preclude tours venturing underground (hour-long, accessible tours are currently operating for a relatively modest entry fee; be patient with NML’s poor booking website and mediocre customer service), meaning the sole opportunity to view the 1715 structure may be from a porthole approximately 40 feet above. 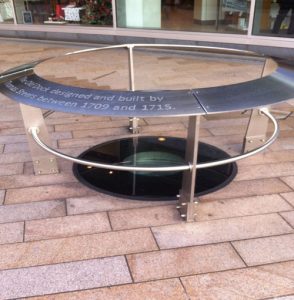 While this vantage point is extremely limited, affording a minimal glimpse of stone ruins (not extending, alas, to the sandstone bedrock), it’s hard to overstate their importance since these formed a harbour – constructed within the mouth of the Pool, a creek that gave the medieval settlement its name – around which beat Liverpool’s maritime heart, helping to propel it on a path of seemingly illimitable growth. The gated entrance to the 3.5-acre site proved to be a technological and revolutionary marvel, enabling a static water level to drastically cut short the time it took to unload and load ships, 100 of which could be docked 365 days of the year due to no longer being at the mercy of the River Mersey: a fact that led writer Daniel Defoe to quip ships ‘may lie in the greatest storms secure as a man in his bed’.

The subtitle of a slender book on the gargantuan Georgian project is right to pinpoint this location as being Where It All Began, for its promotion by the enterprising Thomas Johnson (part-owner of the Liverpool Merchant, a slave ship that inaugurated the town’s involvement in the odious trade in 1699, and founder of modern Liverpool) incontrovertibly transformed the fortunes of upstart Liverpool. Hitherto an insignificant Lancastrian backwater, by the mid-1740s the town would break the monopoly and overtake the medieval and ancient cities of Bristol and London respectively at the apex of the trading triangle between West Africa (to where was exported manufactured goods such as textiles as well as coal, commodities exchanged for kidnapped Africans, who were shackled and shipped across the Middle Passage) and the Americas (where the enslaved persons were sold and replaced as cargo with imports such as cotton and tropical goods cultivated by plantation slaves). 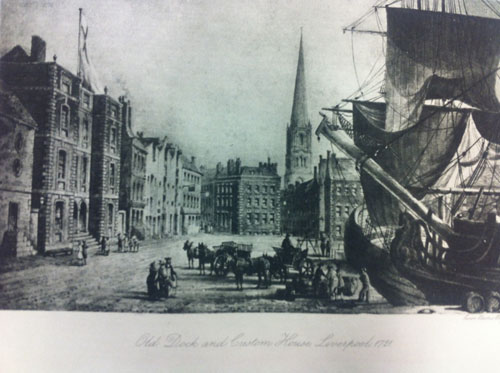 Underpinning the town’s rise to become chief ‘slaving trading port of the Old World’, as the aforementioned Williams describes Liverpool, was a population boom where the number of inhabitants increased sharply from an estimated 5,145 in 1700 to 77,653 by 1801. According to Anthony Tibbles, author of Liverpool and Slave Trade, ‘the port was responsible for 80% of all British voyages and some 40% of all European voyages’ in the years leading up to abolition in 1807. 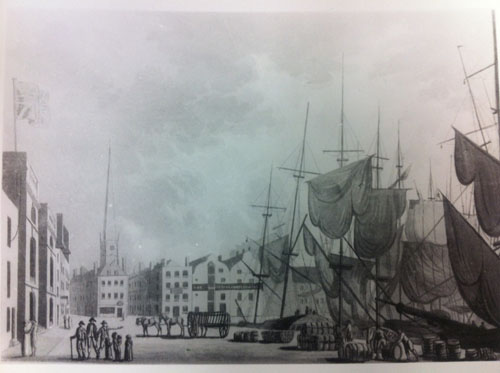